One of the most exciting things about living in a city like New York is the fantastic arts and cultural scene. No matter what you're into; music, painting, sculpture, poetry, cinema, live theater, or food, you'll find everything your heart could desire right here, right now in the Big Apple.

Rest assured, you will never get bored in NYC. There is just too much to see and do.

For those of us who are into the arts, one of the greatest joys in life is discovering a bright new talent; being one of the first to know about an exciting painter, chef, or musician before they are adopted by the critics and the so-called " cool crowd ".

With that in mind, Aplez.com is proud to introduce you to a man who redefines what it means to be an artist, the multi-talented Ian Sajulan.

An artist both in the studio as well as in the kitchen, Ian has recently completed a successful exhibition of his paintings at the Infinite Art Show at One Art Space in downtown Manhattan. And, if that wasn't enough, Mr. Sajulan is developing a reputation as one of the most talented pastry chefs in NYC for his scrumptious desserts at Barachou in the West Village.

Like so many of us who call Queens, Brooklyn, the Bronx, or Manhattan home, Ian was not born and raised here. He came to the Big Apple to follow his dreams as a chef and found that the harder he worked, the more opportunity came calling.

During a virtual interview, the always busy Ian filled Aplez.com in on his life's journey.

"I grew up in Cagayan de Oro City. It's in the Philippines on the humble but lovely little island of Mindanao. Ever since my early years, I've had a passion to create. My family has always been supportive of my creativity and encouraged me to express myself, whether it be through food or painting."

Ian has resided in New York City since 2018. But, it was, as the Beatles sing, somewhat of a long and winding road until he settled down in Brooklyn. One of his first jobs

in the USA was at a country club in Iowa, of all places.

We'll let Ian pick up the story from here. "I had many friends from school living in New York, one of whom helped me to get a chance to work in a restaurant located in the city. I was formally offered the job and basically, it was a "take it or leave it" proposition. So, I had to move fast and decided to take the risk."

This writer was curious as to what impression the city first made on Ian and how living here has influenced him as both a chef and a painter. He was very eager to share his thoughts on this topic.

"I love the diversity of the city. I see that diversity every day, walking around my neighborhood or riding the subway, and use it as the inspiration behind a lot of my work.

All of the different sights and sounds of NYC are a huge inspiration. New Yorkers are so very interesting to watch. Their self-expression is amazing; unlike anything I've ever seen before."

Our artist in the spotlight has been putting brush to canvas since he was around eighteen years of age. Painting started off as a hobby; something to do to relax and pass the time.

But, the more that Ian painted, the more he loved doing it. By his late twenties, Ian knew that he would always paint and began to develop professional goals, as well.

"Painting is a way for me to visually express my emotions. Some of my favorite themes are people. Although I'm not overly religious, Religious Figures are extremely interesting to me. I can take one small piece from a historical religious person, say, the fabric of Mary's veil and turn it into a colorful art piece."

Proud of his Filipino roots, Ian talked a bit about the role that his heritage plays in both his art and culinary dishes.

"Filipinos are very family-oriented. So, when I am creating a new dish or dessert, I will often think of my family and imagine how they would enjoy it. The same goes for my art.

I will ask myself if my parents would enjoy looking at the painting and if they would be proud of what I'm doing. I also use various life experiences from the Philippines in my art."

Ian told Aplez.com that he enjoys working with different techniques, particularly oil and acrylic painting as well as charcoal and graphite drawings.

"It's usually based on two things; color and detail. If the piece is going to be very elaborate with lots of details then I will decide to use charcoal and graphite. But, if the piece is all about color, then I'll use paint."

"Sometimes, though; " added Ian " I like to add color to a graphite drawing. For those instances, I will incorporate acrylic paint so that the viewer can still see the intricate detail throughout the work."

Emotion and gut feeling also play a role in deciding upon technique.

As we alluded to near the beginning of the article, Ian's paintings were recently featured at a group exhibition that was curated by Start Shows and the brand's founders Sophocles and Thais Plokamakis. Two very talented artists in their own right, Sophocles and

his wife Thais launched the company in order to give up and coming artists a platform for their work.

Ian relished the opportunity to interact with other artists and to meet art enthusiasts on a one-to-one basis. Our artist was surprised and elated, though, when at the conclusion of the three-day event, Sophocles informed Ian that he had broken the record for selling the most paintings at a Start Show exhibition!

With two careers going full-steam ahead, there are never enough hours in the day for Mr. Sajulan. But he loves what he does, that's for sure.

A typical day usually starts around 4:30 AM when Ian gets himself ready and then hops on the A train from Brooklyn to the Village and Barachou, the cafe where he makes pastry magic happen.

Ian has a wealth of formal training in the culinary arts, having graduated from Lourdes College in Cagayan de Oro City. But, this talented young man's passion for creating desserts started years before.

"I learned a lot of my techniques through trial and error," explained Ian. " My initial interest in dessert making came from my needing a cake for my nephew's birthday and not having enough money for one from a store. That's when I tasked myself with the mission to create a delicious cake that everyone could enjoy, by myself and without the use of premade mixes and icings. "

As a pastry chef, Ian loves making fusion desserts the most.

"A fusion dessert combines desserts from two different cultures into one. For example, Filipinos enjoy ube while Americans love their cheesecake. So, I make a scrumptious ube cheesecake."

Ube, by the way, is a purple yam that is harvested in the Philippines. From the sweet potato family, ube has notes of vanilla in it and is a touch sweeter than the orange-colored yam that you are familiar with from Thanksgiving.

As an ingredient, ube is extremely versatile and it can be mashed or boiled, mixed with condensed milk and used in everything from cakes and flan to a luscious pudding. Ian should know. He's done them all!

Barachou is a French-style cafe and cream puff bar. In the kitchen, Ian and his team whip up no less than 12 varieties of this decadent treat including classic whipped cream, cream puff, chocolate, lemon meringue, raspberry and dulce de leche.

Our advice is to head on over to Barachou just as soon as you've finished reading this article and enjoy chef Ian's marvelous treats. Rest assured, they taste as good as they look, which is really saying something.

After a long day at Barachou, Ian looks forward to going home and, if the muse hits him, working on a painting or doing some drawing. If he's not feeling that inspired, he'll chill out with his cat. And THEN, the idea for a painting may come over him.

"I think that it's good to take short breaks in between making paintings. It's all about refreshing oneself. I feel that if all I do is paint, then I will run out of ideas - which is devastating to think about."

Prior to winding up our virtual chat, Aplez.com asked Ian; "When a person looks at one of your paintings, what would you like them to get out of the experience?"

Mr. Sajulan gave our question some thought before answering.

"Even though I had a vision in mind when I created the piece, I want the viewer to translate it into something that they can relate to. I want them to feel the same emotion that I felt when creating the painting, but to be able to tell the story in their own words. "

As a master dessert chef and an innovative painter, Ian Sajulan's works of art will touch your soul, (and your palate), in more ways than just one.

To learn more about possibly purchasing one of Ian's wonderful paintings or drawings, get in touch with the artist at www.iansajulan.com or through Instagram @iansajulan.

Get 10% Off Your Total Bill 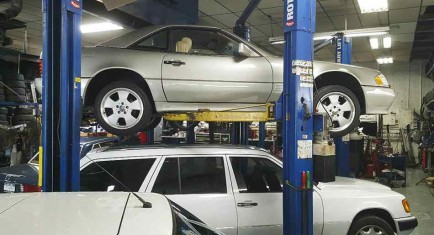 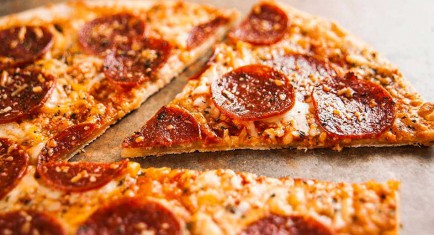 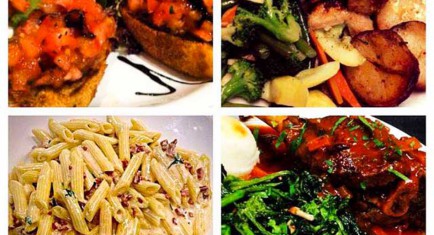 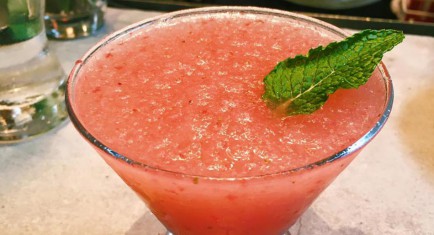 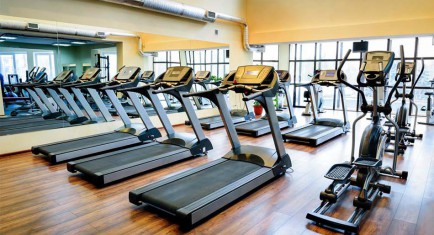 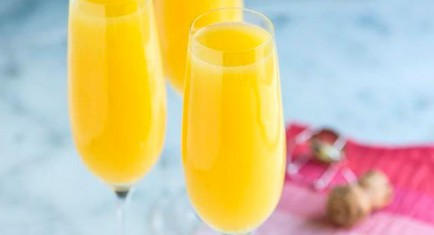 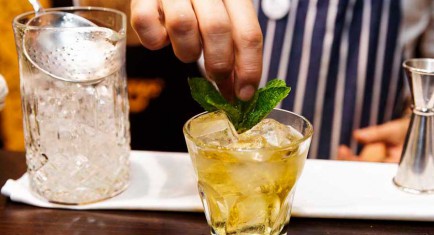 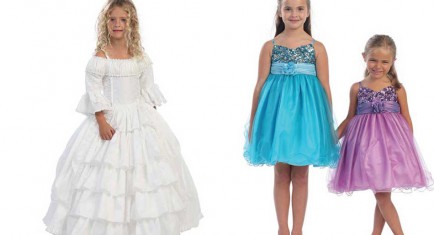 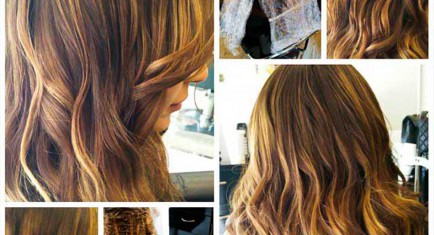 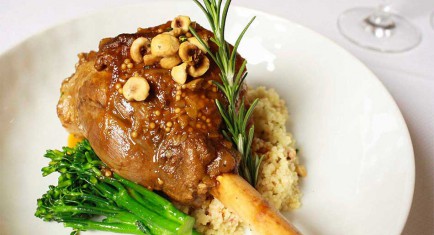 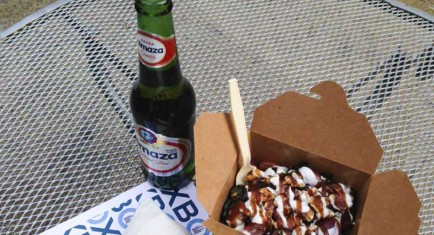 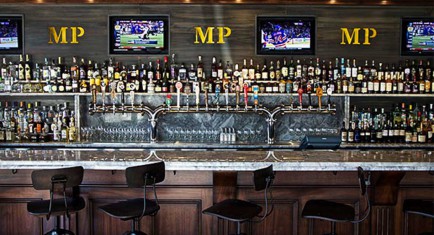